Change for many of us is unpredictable, stressful, often unplanned and sometimes downright scary. We’ve briefly touched on that the beginning of this year. Just as I was about to launch this month’s newsletter a real world reminder of that came into my e-mail inbox, via Linked In of all places. So rather than follow the planned path of delving into change in a more structured, business based way let me share the very real story of my long lost friend Steve K and what he learned that might help all of us.

Steve K was part of a circle of friends I had waaaay back in my days at the University of Missouri. Steve, or Kort as I knew him, along with my roommate Steve M (LOTS of Steve’s in this circle!) were doing something together on a regular basis. And the two Steve’s even worked together at a part-time job. Steve K was a regular guy with extraordinary capabilities intellectually if he chose to use them. But often, based on my memory, might have been labeled a bit of an under achiever by some. I never saw him that way. I just saw my friend. Kort(his nickname) knew how to have fun, laugh, live and do what he wanted to a large degree. He was also not afraid to go his own way. Kort loved to engage in physical work and activities, somewhat hiding the intellectual side that existed as well. Steve K was also competitive in things he cared about. He played rugby when rugby wasn’t cool or even known to any degree in this country. He liked working out with weights. And he enjoyed doing small construction type projects if I recall. One thing for sure, he was definitely a loyal friend. Our reconnection this week is a perfect example of that.

The last time I talked to Steve/Kort he was working for an investment firm and had moved from his hometown of Columbia, MO to Eastern New York in order to build up his business and open new offices. I heard bits and pieces over the years through our other friend named Steve M how he was doing, what he was doing, etc. As typically happens as the years pass, we all lost touch to a large degree. Then my old roommate and I reconnected the same way, Linked In. We caught up, stayed in touch and I even visited him at his last stopping point in Omaha, NE. We both wondered, “Whatever happened to Kort? I heard he was sick and might even have passed away.” So, yours truly began the search to try and find him. Over the last 2-3 years I’ve called phone numbers known, e-mail addresses uncovered, but never with a response of any kind. I was beginning to assume the worst. Then suddenly, as I was preparing for a week long business trip out of state………guess who sent me “The longest e-mail I’ve ever written in my life. Here’s my phone number. Call me.” Once I got done laughing until my sides hurt, I did just that.

Kort had indeed expanded and grown his business, to seven offices with many employees and I’m sure a financially rewarding return on that. The highly competitive Kort had kicked into gear in the business world! Then, per his story to me, everything changed. And it changed unexpectedly, quickly and with very little time to have a “Plan B”. Steve had indeed been diagnosed with cancer. And from what little I know so far, had a heck of a fight on his hands with that. At the same time, he had a business he ran very “proactively” and in an extremely hands-on manner. And according to my friend, in hindsight perhaps he had been the driver to a fault. Once he became sick and had the fight of his life on his hands, the business began to slow down, shrink and eventually dry up. To quote Steve, “I got sick, lost everything and then 5-6 years ago started a small construction business back in my home area. Now I’ve got everything I need or could ask for in my life. I’m still with my wife Julie and we couldn’t be happier.” From this classic short, sweet, to the point communication style so typical of Kort he had imparted his wisdom. 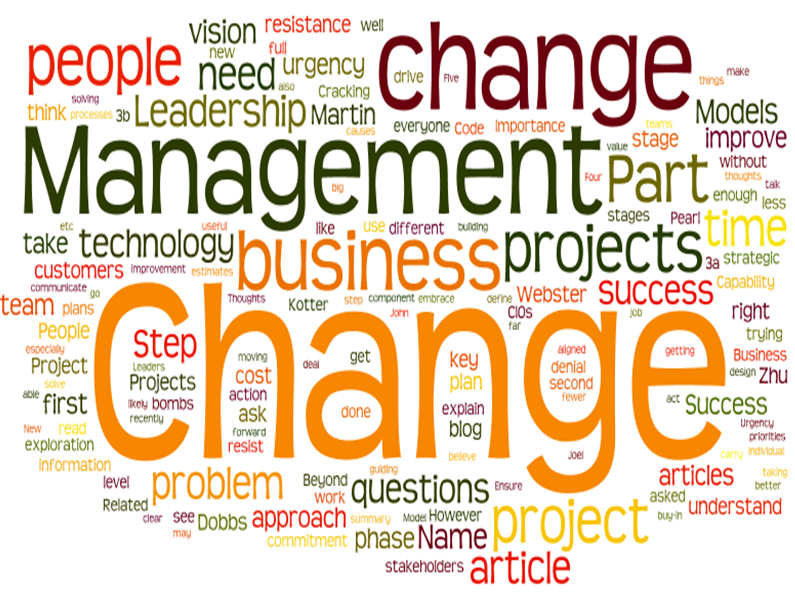 Sooooooo….without further ado, here’s what Kort learned and I have been reminded of at a very appropriate time for me.

Controllable change, in business and in life, is certainly the preferred path. THAT type of change we should be able to manage or get better at. And it should be welcomed for many of the reasons mentioned above. Uncontrollable, sudden change as this story entails to a large degree can often be a catalyst for even greater things as well. We just need to figure out how to manage our responses and reactions to it. It sounds like my long lost friend Kort has done that. Here’s hoping you all are able to accomplish that as well in your own way.