Now let’s move on to this month’s newsletter. Last month we started to peel back the layers of what I refer to as Atypical Leadership. The first element was character-based leadership. And as promised, next month I will be talking about the second of our 3 C’s of Leadership, communication. This month, I’d like to do my favorite thing, share a real-world story of someone that clearly has been both successful and also exhibits the qualities of great leadership we have been discussing.

In my travels, I ended up in the community of Rockford, IL just last week. While there conducting business, I received an invitation to attend a large evening event billed as a fund raiser and recognition dinner for the YMCA and their major rebuilding campaign. I accepted and assumed I might meet some new folks, make some new friends and contacts and get to see more of the community in action. Wow, what a surprise!! A dinner that was hoping for 500 people(a huge success) ended up reaching almost 700 attendees. And the primary reason for the over-the-top turnout undoubtedly was their keynote speaker. Who was it? Bill Rancic, the first winner of Donald Trump’s Apprentice TV program. 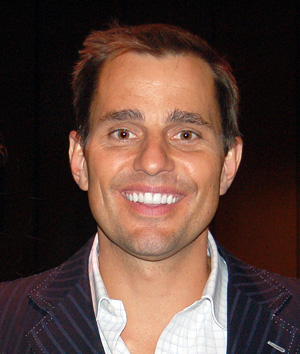 Rancic was born in Chicago,IL and grew up in the suburb of Orland Park. He graduated from Carl Sandburg High School and he earned a B.S. from Loyola University of Chicago. In other words, Bill was actually a local boy, from humble beginnings, that made it big time. And his connection to Rockford was his grandfather whom he spent many a weekend with at their home on State Street. Obviously, Bill has come a LONG way since his childhood, but here he was back in his old home away from home giving back to the community. Bill has several businesses going now but the one he was famous for and where he learned many of the lessons he shared with the group were founded in the cigar business he created. An on-line cigar business nobody thought could possibly work except for Bill and his buddies that helped start it.

The final point I absolutely loved was Be a Conductor. In Bill’s words, paraphrased here, the conductor of an orchestra doesn’t have to know how to play all the instruments, or any at all. But they DO need to know how to pull it all together, managing and massaging all the different people and elements to achieve a top notch performance level. The same principles apply to business!